This summer, I went on vacation with my boyfriend’s family to San Francisco, CA! It was such a good week exploring the pier, seeing the painted ladies, and eating yummy food. However, I have one regret…

Starting on our very first day, we were walking to our tour, and all along the streets were homeless people. My heart immediately went out to them, and I looked up at everyone around me to see if any of them had stopped to help. I saw that no one even acknowledged the homeless people. I had to tell myself,

“Oh yeah, you aren’t on a mission’s trip, things are different.“

I tried to figure out if I had anyway to help these people, but I didn’t have any money or food to give them, and I didn’t have the time to stop and talk to them either.

I realize now that I was not prepared mentally or physically for this. Vacation had just begun, and I was ready to have a good time. To be honest, my thoughts were selfish… helping others was no where on mind. But so what if I’m on vacation, I’m not going to pretend that there is not poverty all around me. From now on, I want to always have a “mission’s mindset.” At anytime or anywhere, I want to be ready to help. Whether that means keeping my schedule flexible or packing extra granola bars with me, I don’t ever want to put my own desires over the needs of others.

“Whoever shuts their ears to the cry of the poor will also cry out and not be answered.” 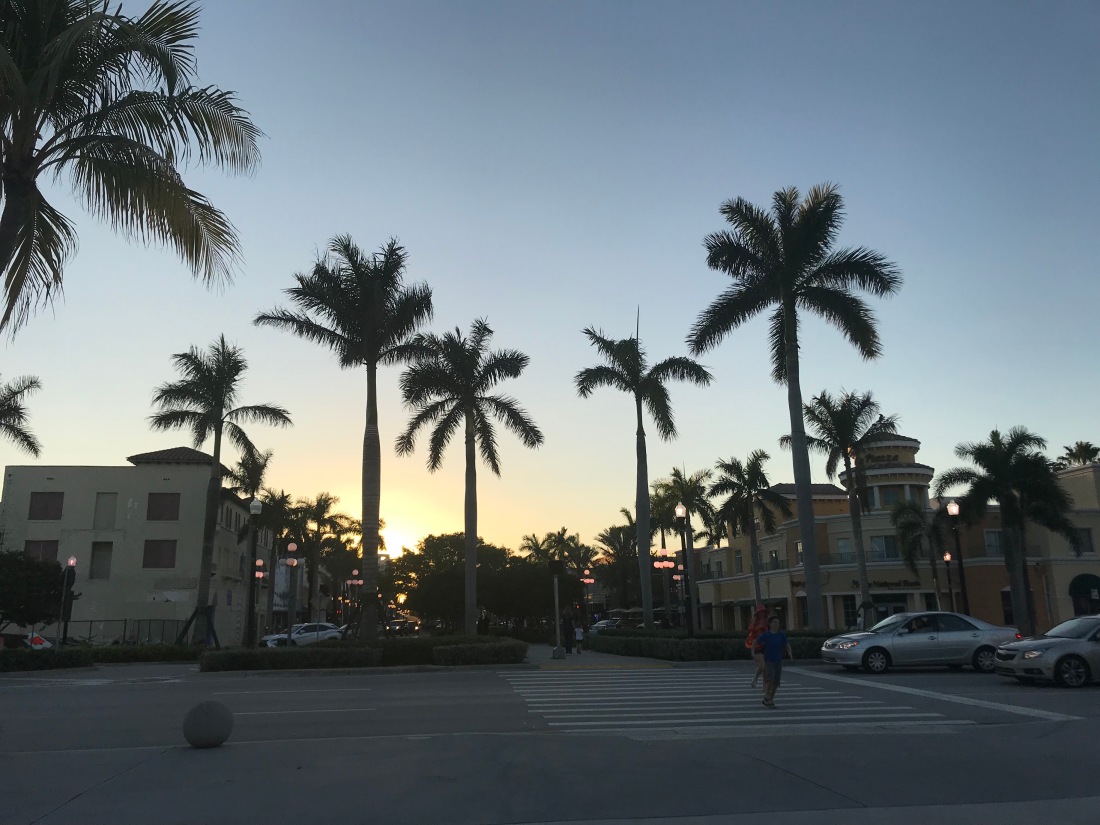 In Spring 2018, I went on a mission’s trip to Miami, FL, with Praying Pelican Missions. Our team spent two of our days volunteering in a low-income community, where the majority of the residents end up in prison at some point in their life.

We volunteered at an organization working to improve this community. This organization was actually started by members of the community themselves. Before we began working, we were able to hear a little about what has been accomplished so far. Prior to the start of this organization, the school was an F school. It is now a B school.

What this organization does is simple. They make the communities environment colorful and happy. Now, there are colorful playgrounds, painted sidewalks, and a community garden.  Before all this painting took place, the community looked very plain. Tan cement walls everywhere. It really had a prison-like atmosphere. Since the children of this community were being raised in a prison-like environment, in a way, they were being prepared for prison.

At first, I didn’t quite understand this concept, it had to be somewhat of an exaggeration… but then I saw it. While we were waiting to start our work, I saw two young boys leaving school with a man, I guess their father. He was yelling at the boys for having to be picked up from school because they had forgotten their back-packs (or something innocent and simple like that). When they got closer to their house, they stopped walking. The man turned to the children, and had them put their hands above their heads. The man had a belt in his hand. He had the children walk with their hands still above their heads into the house.

I and the rest of my team were shocked, and we felt for those boys. Fortunately, this organization is making good progress for this community. This experience was very eye opening on how an environment can shape your behavior.

Our team was led by CSM (City Service Missions) for a week where we served at different food pantries and soup kitchens.

One day our leader gave us a challenge. She took us to an area in Greenwich Village (I believe) and gave us boundaries. The purpose was to put us in an area with a higher income. She gave each of us one dollar. This dollar is all we had to pay for our dinner. She also gave us a list of tasks to accomplish while we were there, most of which involved starting a conversation with a stranger. Then our leader left and we were on our own.

We walked around and searched all the blocks within our boundaries searching for a cheap meal. In some parts of New York, it is easy to find a slice of pizza for a dollar or something along those lines. However, if you were in this area in Greenwich Village, you would have no luck finding a meal with so little money.

An hour went by and our team was getting quite frustrated with one another and the whole process. After plenty of arguing, we gave up.

Luckily, we had leftover bagged lunches because we were unexpectedly served a meal for lunch at one of the soup kitchens we served at. This goes to show, if someone really only had a dollar to spend on food, how much one free meal could help, and how much these soup kitchens are really helping the low-income communities.

We ate, and then we started to focus. Each of us decided separately yet at the same time to go start making conversation with people. Some of us even got to share our lunches. Talking to the people who actually live in the area helped us learn and understand low-income life in NYC more than anyone could have taught us by lecturing. We then put all our dollars together and bought one meal that we gave to a hungry man on the street which was a much better use than any of us spending it.

Although, this challenge did not go as it was supposed to, and you could probably say we cheated… it still delivered an important message. We got a glimpse of how hard it would be to live off of a low-income in a place like NYC. We also realized how silly it was of us to get so frustrated about not finding someplace to eat when we weren’t even starving and we had a back up lunch all along. While talking to the people we met, we were able to get our priorities straight once again and stop focusing on our own wants.

This trip to NYC was probably the first time I was introduced to poverty. I was young and still learning, but every experience has an impact.

When working in international service this is an important question to ask. How do we help nations develop without stripping them of their culture?

During my time in Bolivia, I saw beautiful outfits, I watched many traditional dances being preformed, and I ate delicious food specific to the culture. It would be terrible for all these traditions to fade away.

So how do we introduce a community to new technology and resources without completely changing their values and essentially their culture? With all the new and improved, it is important to ensure the traditions are not left behind.

Overall, there must be a balance, a way to keep the good and improve on the bad.

Let me know if any of you have put any thought into this! 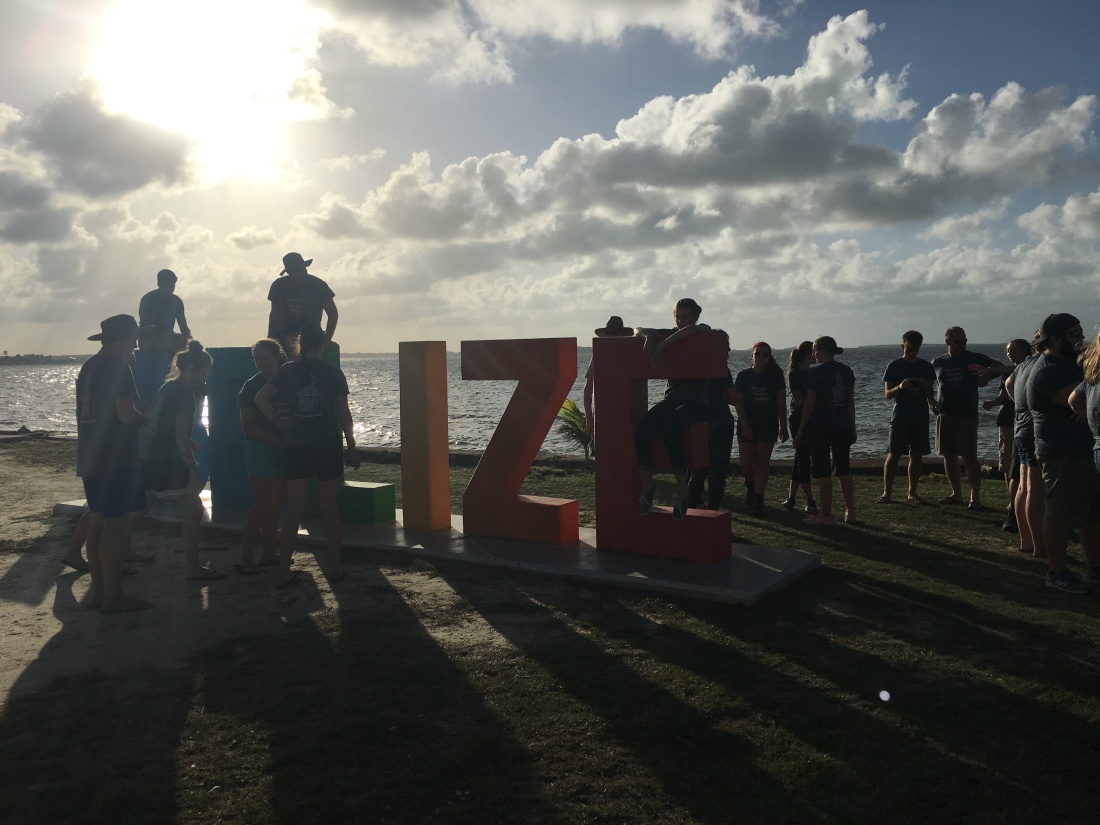 I went on a week long mission’s trip to Belize the summer after I graduated high school. It’s been two years now, and I’ve learned so much since then.

I went along with my youth group to Belize through and organization called Praying Pelican Missions. (btw I love this organization)

Looking back on this trip, I wonder what impact we really made.

My youth group was in charge of leading a VBS at a small church in Belize for three days. We also packed together some meals and distributed them to homes throughout the community. I enjoyed spending time with the youth so much, and I really did form some great relationships…. but what now?

I’ve been thinking that what we did was so temporary. We gave the youth one fun week, but we didn’t give them anything that would allow them to continue improving their lifestyle. Nothing was sustainable. We didn’t do anything that would’ve led to us coming back to Belize a year later and seeing growth and improvement in the community.

Actually, I realize I didn’t and I still don’t know in what areas Belize needs to improve on.  What was their “problem” anyway? Why did we go to Belize and not some other country?

Now of course, Belize has their poverties, and I’m so happy to have served there.

However, I would have liked to know more. Prior to students or anyone going on mission’s trips like these they should be taught about the specific culture and what sort of poverties the people may be experiencing. Are they malnourished? Experiencing the aftermath of a natural disaster? Or are we just there to talk about God?

Too often, Christians go in helping blindly.. thinking they can save they day without ever asking what the problem is. 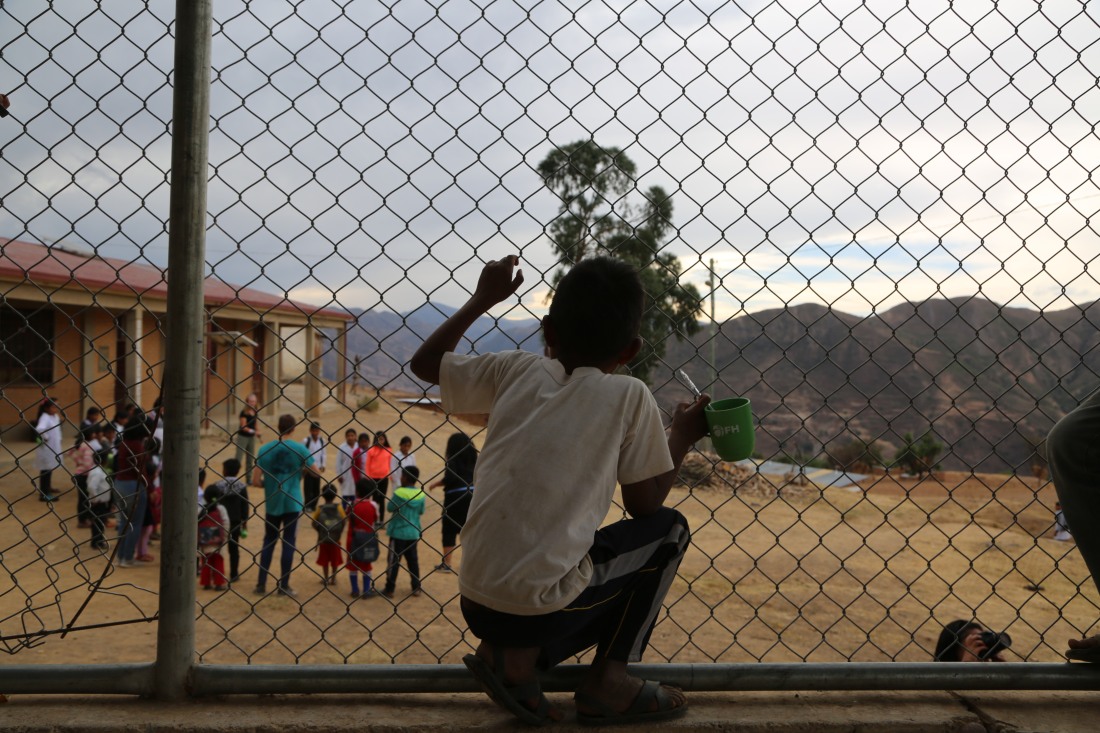 This summer, I was blessed to have gone on a two week service trip to Bolivia. Through my college, we teamed up with an organization called Food for the Hungry who led us during our time in Bolivia.

We spent time in La Paz, Cochabamba, and Toro Toro. Most of our service work was based in the small community of Toro Toro. For this trip, our team brought seven microscopes and a hundred water filters from the U.S. to Bolivia in order to distribute them in the schools and communities.

For the next few days, our team traveled to the different schools where we presented the microscopes to the faculty and students. We also supplied the schools with water filters, soccer balls, jump ropes, and other toys. We almost always had to end our time at the schools with a game of soccer which I loved.

Although we were able to serve in a few other ways, teaching the professors about the microscopes and the communities about the water filters were our main focus. This provided a more sustainable positive impact then building a house or something along those lines. Now the professors can learn about nutrition and clean water by looking through the microscopes, and hopefully over time they will contribute to preventing malnutrition in their communities.

Basically, we helped plant a seed, but it is up to the community to make it grow.